A strange incident at CIU... They did not delete the student's registration for a debt of 4 kuruş

CIU Student Affairs, Radio and Television Department, which issued a debt of '4 kurus' to the student who wanted to cancel his registration, did not delete the student's registration. After the student made a payment of 5 TL, the school, which chased after 4 kuruş, owed the student 4.96 TL...

In the incident that took place last August, a student studying at the Radio and Television Department at Cyprus International University (CIU) told the Cyprus Post about what happened to him while he was trying to cancel his registration.

The student who goes to the Registrar's Office to get information on the subject is told that they must first write a petition, but it is not said whether the petition should be written through the Student Information System (SIS).

The student, who goes to Student Affairs to ask when the process will end, is debited of approximately 2 thousand 500 TL under the name of the 'late registration' fee for 2019, and it is stated that his registration will not be deleted if he does not pay. The student, who studied at CIU for about 4 years, objected to the situation by stating that he did not make any problems in his payments and registrations, but was not accepted. 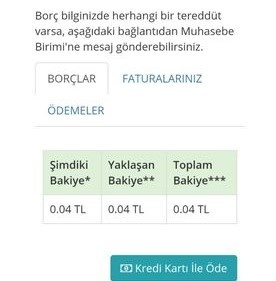 THEY LOSE THE STUDENT'S DIPLOMA...

Student Affairs, which is not aware of the high school diploma of the student who will enroll in a new school, distracts the student by saying "We do not have the diploma in Ankara", "The diploma is at the representative office where you are registered". The student who calls the representative office where he is registered receives a response from there saying "no, we sent your diploma to the school".

At the CIU Registrar's Office, which comes to the fore in every registration period with its long queues, a diploma is found and delivered to the student who has to wait in line from 07:00 to 12:00 every day for about 1 week.

In addition to this incident, students who study with their money are not even treated as human beings at the CIU Student Affairs Office.